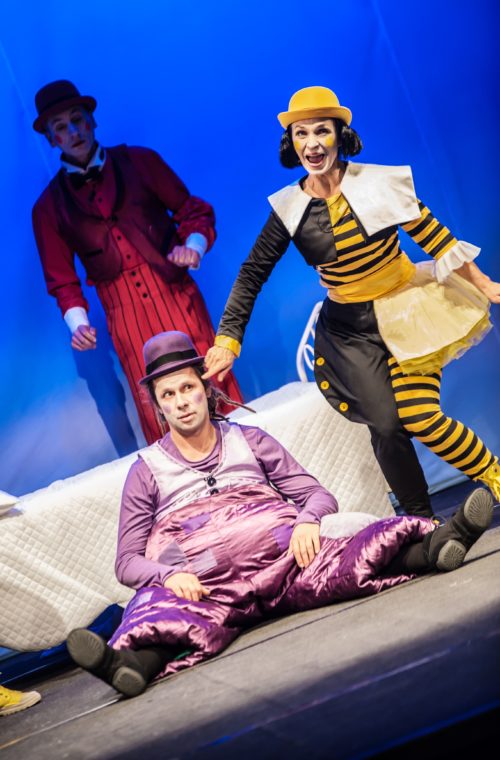 Who Will Make the Unlucky Rhinoceros Laugh?

Who Will Make the Unlucky Rhinoceros Laugh?

The Unlucky Rhinoceros has a big dream—he would like to be able to fly. Unfortunately, he doesn’t know how to do it, and it really brings him down. A helpful Sparrow lends him a hand and offers to teach him to fly—after all, for a bird it’s a piece of cake. However, the Sparrow’s advice, even though good-hearted and honest, doesn’t bring the Rhinoceros any closer to making his dream come true. But then, after many failed attempts, the Unlucky Rhinoceros makes a discovery that fills his heart with joy. The play about the Unlucky Rhinoceros is based on a story that a great Polish philosopher, Leszek Kołakowski, wrote for his daughter. This simple yet engaging tale represents the author’s philosophical views, his trademark sense of humour, and also, most importantly, the sensitivity of a child.

The play is dedicated mostly to our youngest spectators. A simple and wise story, friendly and expressive characters, big objects on the stage and mellow sounds of jazz in the background create a fairy tale-like world which makes children feels safe. It is a play within a play, which respects the theatrical suspension of disbelief. The actors wear multi-coloured costumes and resemble mimes or clowns. They impersonate different characters: a crazy family, fishermen, a crowd at a political rally, or mannequins. At the same time, they allow the audience to freely interpret and discover who is whom.

The scenography is created with everyday objects that belong to the world of adults. Because of their size, which has been significantly increased, they evoke connotations with fairy tales or children’s toys. They also stimulate the main character’s imagination, while the other characters in the play do their best to spot the Unlucky Rhinoceros in these objects. And so, the big teapot becomes our Rhino, a teaspoon becomes a paddle, and a matchbox becomes a bed. The creators of the play were inspired by the artistic manifesto of a Belgian surrealistic painter, René Magritte, according to which what we can see in a painting or on stage is not what we think it is. 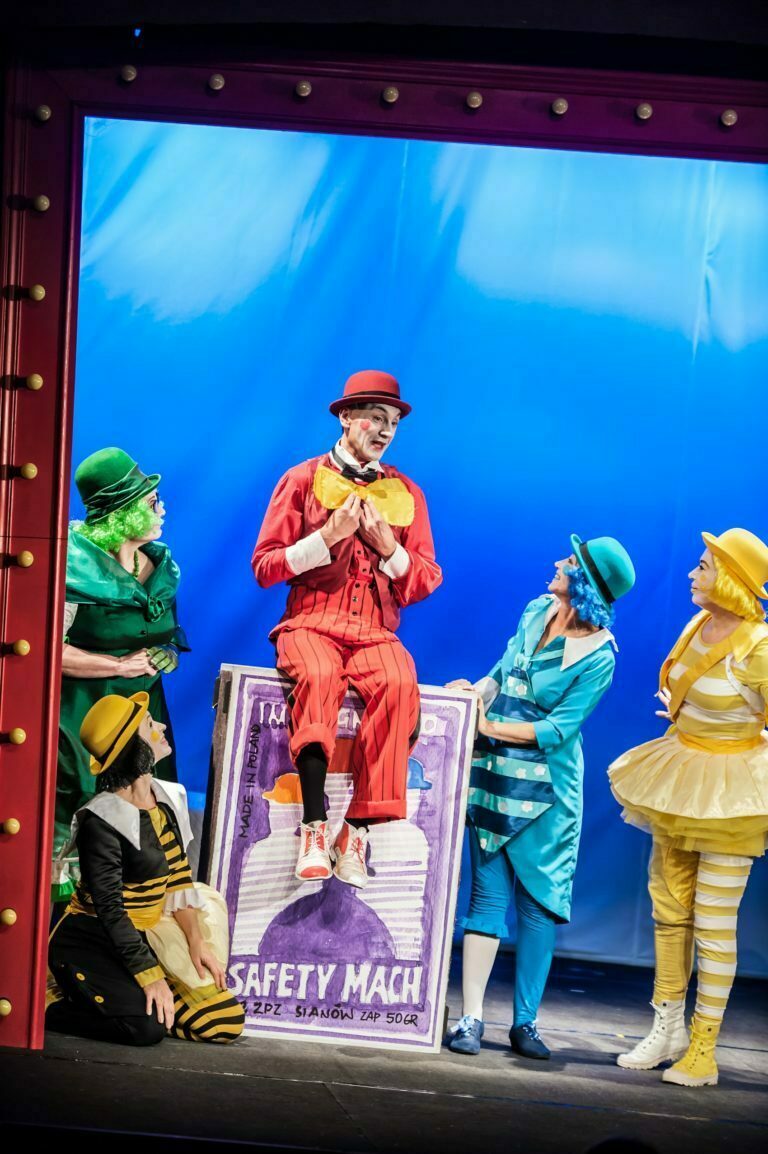 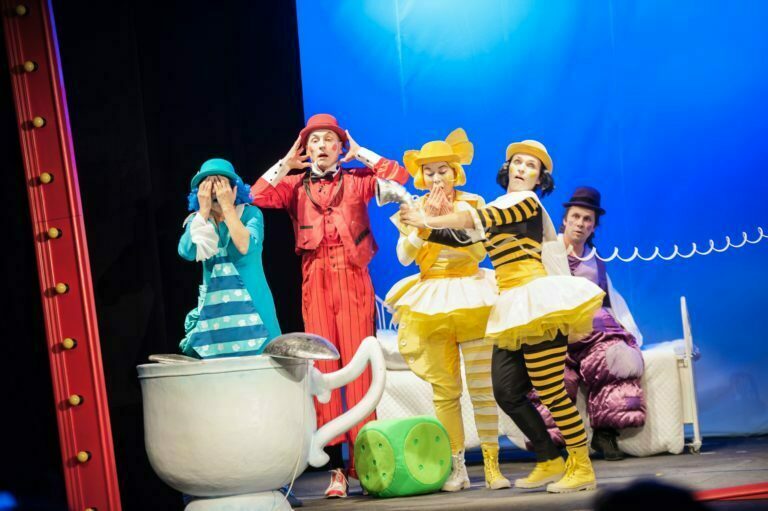 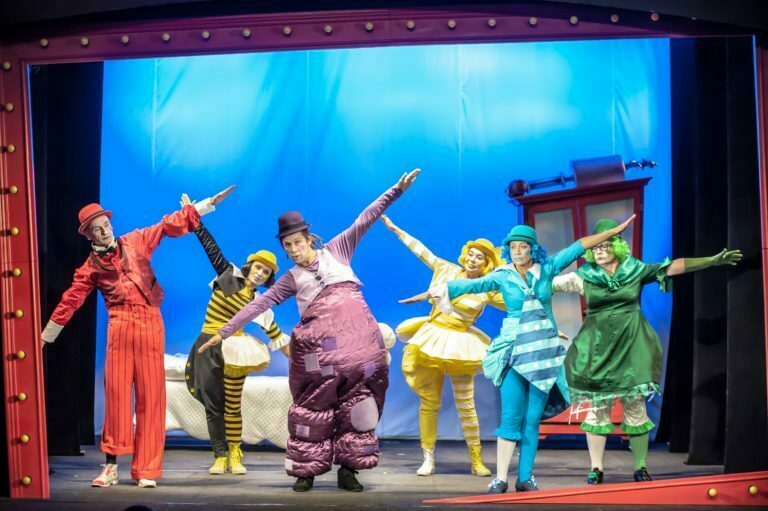