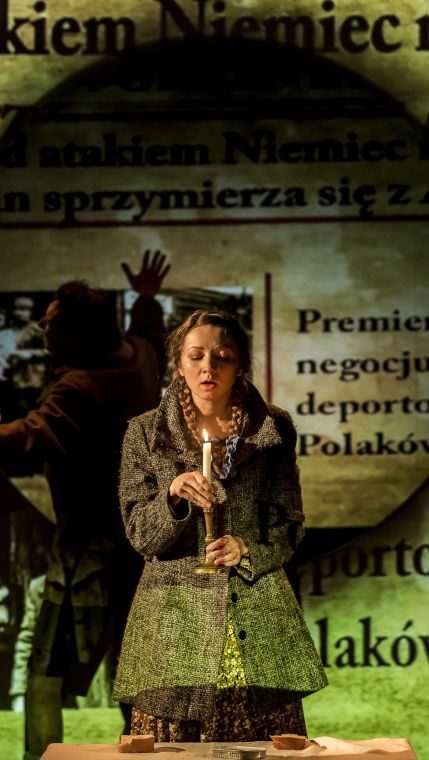 If You Don’t Say It, Who Will Know?

If You Don’t Say It, Who Will Know?

The authors of the play take the spectators on a trip through time and space, using diverse theatrical elements: acting, multimedia, puppets, objects and music. They are transported back to the 1940s, to the dark times of World War II. The path takes the audience from Poland to Mexico, through Russia, Persia and India. Some destinations are terrifying, and others are extraordinary. The main characters, Irena and Jurek, are siblings. They’re only 10 and 13 respectively. As a result of the war, they lose both their country and family. They manage to survive, stay strong and keep their lust of life intact despite their horrible experience.

The play is a Polish-Mexican co-production, and was created as part of the project ‘Children from Santa Rosa’ (worldwide screening preview: 3rd May 2014 in Mexico, Polish screening preview: 28th June 2014). The authors of the project endeavour to bring back some little-known events of World War II that connect Poland and Mexico. They follow the odyssey of Poles deported from their country after the Soviet invasion, which ends in Mexico, in the Santa Rosa villa, where they can wait for the war to end. The play is based on the memories of real people involved in these historical events.

The play was created in collaboration with the National Institute of Fine Arts in Mexico (INBA – Instituto Nacional de Bellas Artes).